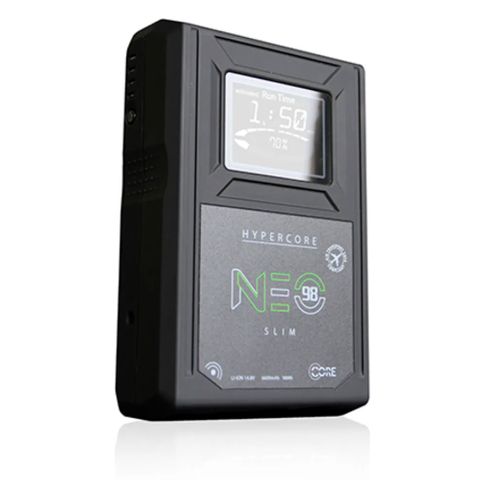 The new Hypercore NEO 98 Slim is the most complete 98wh, 14v Lithium Ion battery pack on the market. Now in a new Slim design & encompassing all the original features of the award winning Hypercore line, with additional features exclusive to NEO.