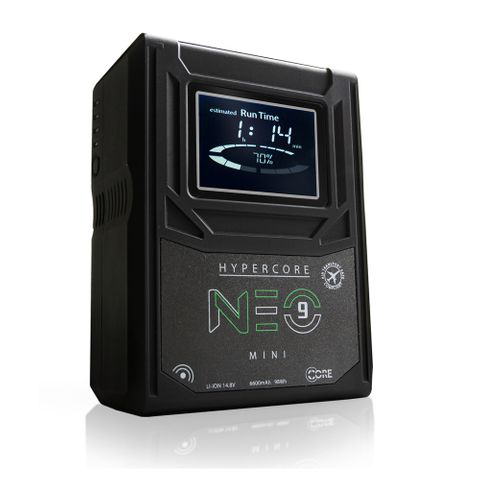 NEO 16A Peak with 12A draw
Firmware upgradable battery packs through USB
UN38.3 Certified for air travel safe transportation
New backlit multipurpose LCD
View battery vitals through RFID reader on the battery
Intergrated Smart P-Tap
Rates for 2000 cycles with a 2 year warranty
Rubberised housing to protect against accidental drops
Storage mode built-in
Hibernation mode when not in use after 48 hours

The Hypercore NEO Mini 9 is the most complete 98wh, 14v Lithium Ion battery pack on the market. Encompassing all the original features of the award winning Hypercore line, with additional features exclusive to NEO.