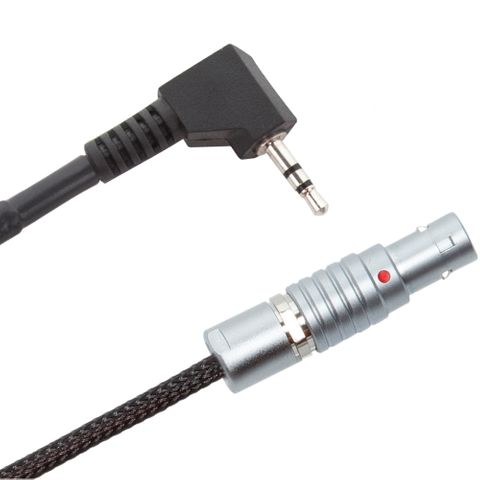 The Run/Stop Cable, microRemote for LANC Canon, Sony and compatible video cameras allows for the camera's recording function to be triggered wirelessly from the microRemote handheld controller. You can now trigger the record function remotely, whether the camera is inaccessible or you are simply not near the camera. In addition, the remote will indicate when recording is active as well as when it is idle. Wireless triggering has never been so simple.

What cameras is this cable compatible with?

How does this cable connect to my system?

One end of the Run/Stop Cable connects to the basestation accessory port on your microRemote handheld controller. The other end plugs into your compatible LANC supported camera.

Does the cable require any additional power sources?

No, the cable is powered entirely through the microRemote system and does not require any additional external power sources.

How do I trigger the Run/Stop Feature of the Camera Wirelessly?

The microRemote handheld controller has a dedicated Camera button that can be used to start and stop the recording.

How do I know if the camera is recording?

The microRemote Handheld Controller will indicate when the camera is recording with a flashing light next to the Camera button. In addition, the camera itself will show a record light.